How is COVID19 Impacting Global Currency 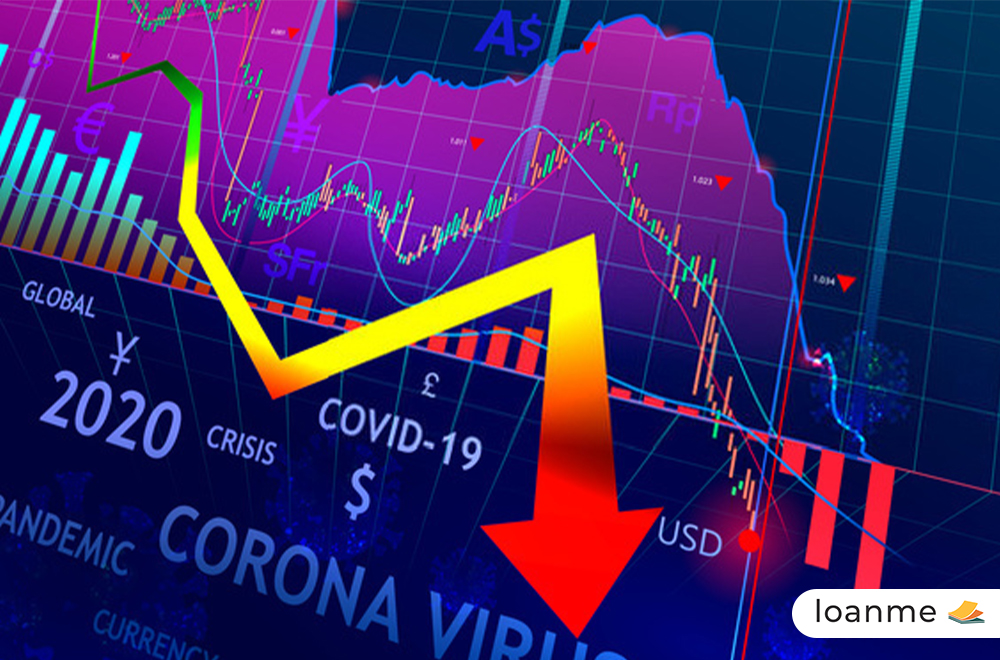 The sudden outbreak of COVID-19 has left a massive impact on the world’s economy. Having spread to almost every region of the world, it is evident that the pandemic has caused immense health concerns as well as massive financial distress everywhere. As countries and governments rushed to contain the spread of the virus by enforcing strict travel restrictions and control on movement. serious repercussions could be witnessed. With economic activity coming to a near-standstill due to this, most counties braced themselves for the world’s largest economic shock in recent times.

A study conducted by the United Nations Conference on Trade and Development states that the economic nightmare caused by the tourism sector crash in developing countries accounts for up to 60% of the global GDP losses, which was further heightened by the inconsistent roll-out of vaccines during the pandemic. Though tourism is expected to pick up in countries with high vaccination rates – such as France, Germany, Switzerland, UK and USA – experts are skeptical about tourism arrival levels reaching pre-COVID levels until 2023 or later. The major pain points were identified as lockdowns and travel restrictions, poor control of the virus spread, changes in traveller behaviour and poor economic environments.

The United Nations Conference on Trade and Development report also states that a loss of between $1.7 trillion to $2.4 trillion is to be expected in 2021, in comparison with 2019. These predictions rely on simulations that reflect the effects of the reduction in international tourism – excluding policies such as economic stimulus programmes that could lessen the heavy impact on the tourism sector.

The Impact on Global Currency

Exchange rate volatility has greatly risen during the pandemic. In order to control exchange rate depreciation, most countries have attempted to ease inflow controls and allow new foreign capital to compensate for the outflow.

Stock markets were also affected by the pandemic due to heavy unpredictability. In addition to changes to pricings of stock during this period, it was also witnessed that an increasing number of traders were panic-selling out of fear due to the worrying volatility. Trends seem to suggest shareholders being more favourable towards less vulnerable firms, whilst decline in stock prices were mitigated by credit facilities and government guarantees, lower policy interest rates and lockdown measures.

When the pandemic erupted, Bitcoin – the world’s first cryptocurrency – could be purchased for about $7,300. Today, the very same token costs more than $46,800 – a staggering 640% rise. Source

The popularity of cryptocurrency during the pandemic is owed to various factors such as the fact that trading can take place from anywhere in the world, which to a certain extent alleviates potential liquidity problems that arise when governments impose lockdowns and battle local economic crises. As cryptocurrencies are not managed by a central entity, most investors also believe that they are able to avoid political risk.

How Has the Sri Lankan Rupee Been Affected?

The Sri Lankan economy took a major hit due to the pandemic and the economic impact of the pandemic was quite unlike any other the country had seen, mainly due to many sectors such as tourism being at a standstill. Sri Lanka’s economy shrank by 3.6% in 2020 as stated by the Country’s Department of Census and Statistics, due to decline in tourism. It also states that increasing foreign exchange rates was one of the reasons behind rising prices of many essential items over the last year.

The reserve money increased compared to the previous week mainly due to the increase in currency in circulation and deposits held by the commercial banks with the Central Bank. The gross official reserves were estimated at US dollars 2,581.3 mn as at end September 2021.

Economic Indicator reports also state that “CCPI based headline inflation (Y-o-Y) increased to 6.0 percent in August 2021 from 5.7 percent in July 2021 due to monthly increases observed in prices of items in both Food and Non-food categories”

As shown in the below graph, it is observed that currency fluctuation began after the second COVID19 wave hit the country in October 2020. Though economic indicators seem to suggest a notable recovery in economic activity in the third quarter of 2020, the unexpected emergence of the second wave of COVID19 adversely affected this momentum and caused disruptions to growth prospects.

It is also to be noted that Sri Lanka’s foreign exchange reserves risk spiraling into a crisis that could force the country to tighten policy more aggressively as well as seek an International Monetary Fund bailout. With government revenue being far short of its targets due to the halt in economic activity caused by lockdowns, authorities have enforced several measures to deal with the crisis, ranging from seizing rice stocks from private mills to raising interest rates and restricting imports to asking banks to offer foreign currency loans.

The External Sector Performance report released by the Central Bank of Sri Lanka states that gross official reserves stood at US dollars 2.8 billion at end July 2021 with the settlement of the matured ISB of US dollars 1.0 billion by the Central Bank on behalf of the Government. It states that total foreign assets, which consist of gross official reserves and foreign assets of the banking sector, amounted to US dollars 5.9 billion at end July 2021, providing an import cover of 3.8 months.

In March last year, the government imposed an import ban on vehicles and other items as it tried to stem the outflow of foreign currencies. In order to shore up its currency and to help ease the inflationary pressure of the high cost of imports, Sri Lanka became the first country in the region to increase interest rates.

With continued COVID19 waves predicted to be likely even in the future, the Global Economic Prospects Report issued by The World Bank states that global output will remain about 2 percent below pre-pandemic projections by 2022 with per capita income losses incurred last year not being fully unwound in about two-thirds of EMDEs. Over 90 percent of advanced economies are expected to regain their pre-pandemic per capita income levels in 2022. Technological adoption is also expected to increase, together with increasing investment and labor force participation, causing potential output to strengthen.

Thus it is evident that the world has seen immense economic change and reform, brought on by the challenges put forth by the pandemic. However, despite the challenges, the world economy is expected to experience a strong albeit uneven recovery over the next few years. With proper COVID19 control and with adequate safety measures in place, we can expect to see a positive economic future around the globe.