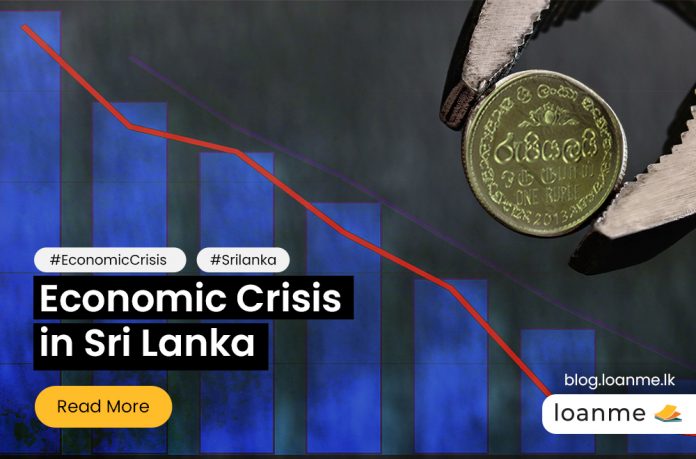 Sri Lanka is currently in the midst of the worst financial crisis that it has ever faced, pushing millions of people into deep turmoil and despair. Several factors are believed to have led to the crisis – poor economic management, increasing external debt, a reduction in foreign exchange reserves, a weakened rupee and eventually the skyrocketing prices of goods. This article takes a closer look at the underlying reasons that caused the situation and the impact that it has had on the country as a whole.

Economists believe that the country’s economic crisis was a long time coming. [Source] When a new government came into power in 2015, warnings were issued by the Institute of Policy Studies of Sri Lanka regarding a number of risks. Economic growth had slowed down from a peak of 9% in 2012 to 5% in 2014 and political unrest in 2018 only worsened the country’s economic outlook. The economic impact of the COVID-19 pandemic was massive, plunging the country into further distress. During the pandemic, Sri Lanka’s economy contracted by 3.6 percent in 2020 – making it the worst growth performance on record, similar to many countries around the world that were fighting the pandemic. [Source] The tourism sector in particular was hit very badly, with contractions also seen in the construction, manufacturing and services industries. Eventually in 2021, the Sri Lankan Government officially declared the worst economic crisis in the country in 73 years. [Source]

What were some key factors that directly led to the crisis?

Expensive tax cuts were announced when the new government took to office in 2019 – which included a near-halving of value added tax, in order to remain true to election campaign promises. [Source] These tax cuts had a great impact on government revenue and fiscal policies, causing budget deficits to soar.

The country’s budget deficit notably doubled between the years 2019 and 2020 – an increase from Rs. 1,016 billion in 2019 to Rs. 2,090 billion in 2020. [Source] This increase in the budget deficit was attributed to a decline in government revenue by Rs. 526 billion – mainly due to a loss in revenue collected from taxes including VAT, excise duty on motor vehicles, nation building tax, corporate tax, withholding tax, economic service charge, PAYE tax and more. Additionally, an increase in government expenditure was witnessed due to an increase in capital expenditure, transfer payments, salaries and wages and interest payments.

In order to cover government spending, the Central Bank of Sri Lanka began printing money in record amounts. This continued despite the advice from the International Monetary Fund (IMF) to halt money printing and warnings that it would lead to an economic implosion. [Source] Their recommended course of action was to hike interest rates, raise taxes and cut down on spending, in order to prevent further damage to the economy. Regardless, in April 2022, the Central Bank of Sri Lanka printed a record amount of 119 billion rupees and the total money added to financial markets for the year 2022 increased to Rs. 432.76 billion. [Source]

Sri Lanka’s foreign debt more than doubled between the period of 2010 and 2020. [Source] While foreign debt amounted to around 42% of the GDP in 2019, it shot up to 119% in 2021. [Source] The trouble was that external debt rose quicker than the GDP. Debt to be paid by the end of the year 2022 reached figures of US$4 billion while government reserves amounted for US$2.3 billion by the beginning of the year. [Source] [Source]

In April 2022, Sri Lanka announced its decision to default on its external debt of $51 billion – with the intention to shift its focus on essential imports such as food, fuel and medicine. [Source]

With over one tenth of Sri Lanka’s GDP being backed by its tourism sector, declining tourist arrivals had a significant impact on the country’s economy. Tourist arrivals fell by 18% during the period of political turmoil in 2019, with the pandemic continuing to cause tourist arrivals to fall drastically, during the period of 2020 to 2021. [Source] Recovery could only be witnessed following November 2021, when quarantine requirements for vaccinated tourists were removed by the government, in a bid to revive its dwindling tourism sector.

The agricultural crisis was another key factor. In April 2021, the government announced its decision to ban inorganic fertilisers and agrochemicals-based fertilisers, paving the way for organic farming. This led to massive economic losses – including a $425 million drop in tea production and another 20% drop in the country’s rice production, causing the country to import rice at a cost of $450 million. [Source]

Russia’s war in Ukraine had a toll on the entire global economy, whilst spelling disaster for Sri Lanka’s existing economic crisis. Both countries are crucial import sources for wheat, soybeans and sunflower oil as well as important export destinations for black tea, asbestos and fertiliser. Fuel and commodity prices in the country are expected to increase further if the conflict between the two countries continues.

What has been the impact of the country’s economic situation?

The deepening financial crisis resulted in severe shortages of fuel, which in turn handicapped the country’s power grid – depleting the country of electricity. In a bid to address this issue, the country began imposing islandwide power cuts daily as there was no oil to power thermal generators. Despite over 40 percent of Sri Lanka’s electricity being generated from hydro, most reservoirs were unable to function at full capacity due to the absence of rain during the current time of the year. As such, permission for power cuts was requested by the Ceylon Electricity Board as fuel shortages had caused the loss of about 700 MW to the national grid.

The country’s annual inflation rose to 18.7% in March 2022 from 15.1% in February. It was observed to be the highest inflation rate since October 2008, with stronger inflationary pressures from both food and non-food products. On a monthly basis, consumer prices increased by 3%, speeding up from a 1.1% rise in February. [Source] The huge increase can be attributed to the government’s decision to remove price controls, which suppressed inflation for many years.

Citizens in the country are facing difficulty affording basic essentials – even locally-produced goods. Prices of food items ranging from coconuts to onions to eggs to meat saw significant hikes in prices, pushing the island nation to the brink. With food inflation hitting a record high of 30%, people were finding it more difficult than ever before to make ends meet.

A dire shortage of life-saving medicines was reported across hospitals in the country – due to difficulties that arose in importing the necessary medicine, medical tools and vital drugs. As 80% of Sri Lanka’s medicine comprise imports, the severe dollar shortage during the current situation meant that the demand for medicine could not be met, forcing hospitals to enforce limitations on medication only for essential use. [Source]

Due to the ongoing crisis, a number of international textile brands such as Zara, Mango and H&M shifted their focus from Sri Lanka to India in order to fulfil their orders – causing a heavy toll on the country’s apparels sector. In addition to the manufacturing sector, tea exports were also affected since tea factories have been unable to function without sufficient fuel to power their generators. [Source]

What’s next for the country?

Sri Lanka is currently working together with the International Monetary Fund in order to obtain financial support. Negotiations are seeking up to $4 billion as a bail out, to help secure food and fuel imports for the country. [Source] Ahead of discussions with IMF, the government also increased interest rates, devalued the currency and placed heavy restrictions on non-essential imports. Authorities are additionally seeking to curb government expenditure such as halting hiring at government offices and departments. The country is also turning to regional powers such as China and India for further support – with a credit line of $1 billion being issued by India in March.

There is still a lot of uncertainty around what’s next – given the extreme volatility of the situation. The extreme frustration surrounding the crisis has led to citizens taking to the streets in order to protest, with the government responding with curfews, social media blackouts and police action. However, it is now clear than ever before that an immediate economic strategy is crucial for the country as a first step towards recovery.