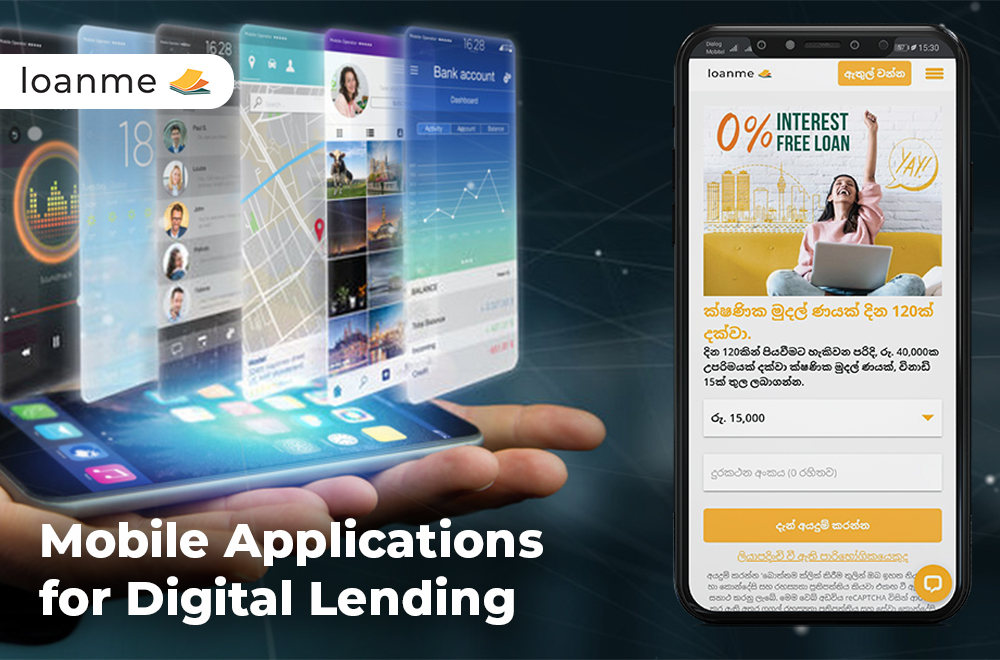 Innovation and technology in the FinTech industry have come a long way since inception and have seen continuous evolution and transformation. Mobile apps in particular have risen in popularity, providing a wide range of financial services with added convenience and increased value-added benefits. This article takes a look at the role played by FinTech mobile apps – for digital lending in particular – and how they are being harnessed to generate a great user experience for customers.

The History of Mobile Apps and How They Evolved

Even though mobile apps seem like they’ve been around forever, they were first introduced to the public not too long ago. The world’s very first mobile app is considered to have been an early version of the “Snake” game, first released by Nokia in 1997. However, mobile apps truly rose to popularity shortly after the launch of the Apple App Store by Steve Jobs in 2008. Launched with over 500 apps, the Apple App Store was specifically designed to cater to the recently launched iPhone; as such, several competitor app clients such as Google Play, the Amazon App Store, and Blackberry’s App World were also introduced for other smartphone models – to provide users similar app features that Apple did.

Since then, mobile apps have shifted away from focusing heavily on gaming & social media apps – and instead moved towards lifestyle related apps – ranging from messaging to shopping to even financial services apps.

Why Are Mobile Apps so Popular in the Modern World?

Due to massive leaps in technology and the growing penetration of smartphone usage, the popularity of mobile apps is ever-increasing. Global statistics published on Statista show that the number of mobile app downloads has grown by over 50% just over the last 5 years – seeing an increase from 140.7 billion app downloads in 2016 to over 218 billion downloads in 2020. Source

There are numerous reasons as to why more and more people are using mobile apps. One of the main benefits provided by mobile apps is convenience. Whether you want to book tickets, make payments, search for information or connect with other people – there is a mobile app available to help you do everything. Using mobile apps really does make life easier as they provide a smarter and simpler way of doing things – without having to even leave your own house.

Another reason is due to the increasing amount of time spent by people on smartphones. Data from App Annie shows that Android users around the world now spend more than 4 hours each day using their phones. The average user is also believed to check their mobile phone at least once in every eighteen minutes – usually to check notifications and get updates from the mobile apps that they use. Source

As such, businesses are realising the importance of mobile apps and are now launching their own apps in order to offer their services on a mobile platform. A business app provides a great way to maintain regular content with clients – usually via mobile notifications that provide updates on the latest updates and promotions that are taking place in the business. Most business apps also provide a payment facility – enabling higher conversion rates as well as better lead generation.

Responsive mobile websites are considered to be the older and more conventional version of the two mobile-based products. They are not as fast as mobile apps and take a longer time to navigate via a phone browser. However, despite the slower performance, they also offer their own benefits. In comparison to mobile apps, responsive websites are extremely cost-effective – which can save businesses a lot of money if they are on a tight budget. Development time is also much less compared to the time taken to design a mobile app, which is why launching a mobile website is the preferred choice if there are time constraints.

With regard to mobile apps, the benefits are endless. Though they are expensive and take longer to create, they offer superior performance in terms of functionality and speed. Mobile apps also provide better brand recognition for businesses – which is another important aspect to consider.

How Can the Finance Industry Benefit from the Usage of Mobile Apps?

The finance industry has evolved over the years, together with technology. The emergence of mobile apps in the realm of FinTech – ranging from digital lending to cryptocurrency apps to online payments and money transfers – has gone beyond meeting customer expectations with fast and productive solutions.

Statistics shared by Think with Google indicate that 6 out of 10 users like to use mobile apps for financial activities instead of websites and the average number of finance apps that smartphone users have installed on their phones is 2.5. Source

Our easy-to-use mobile app is a perfect example of digital lending technology designed to connect loan originators to those who require financial support. Available for Android devices on Google Playstore, the app combines advanced artificial intelligence technology with proven financial strategies to offer personalised financial assistance on your own mobile device.

The app features a friendly interface with a smooth application process as well as online verification and speedy transfers that take place within mere minutes. After downloading and installing the mobile app, users simply need to fill out an application form and upload the requested documents in order to receive their funds swiftly. The entire process is very convenient and eliminates the need for paperwork, complex approval procedures as well as guarantors. The app has been downloaded over 10,000 times – which is a testament to the convenience and incredible user experience that it offers.

It is clearly evident that mobile app usage has soared over recent years and will continue to grow in the future. As such, businesses including those in the digital lending space have realised the importance of investing in mobile apps in order to create new revenue streams, drive sales, increase loyalty and raise brand awareness for their company.